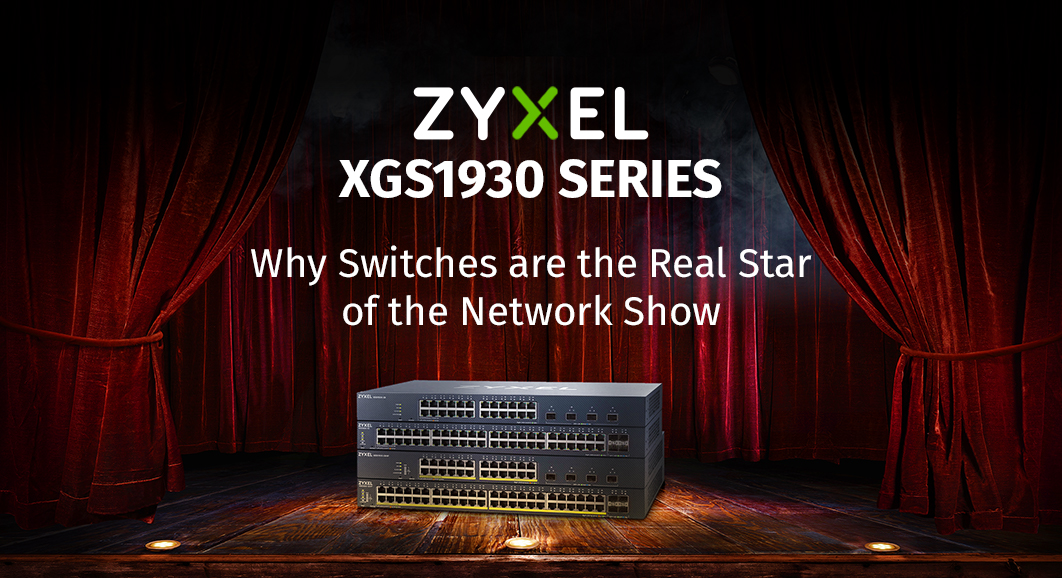 If you watch a movie or a stage show – whether it’s at home or in a theatre (remember when we could do that) – the lead actors are always the stars. They are the ones who get all the accolades and the limelight.

It’s easy to forget that, behind the scenes, there are many other people who make it all possible. The director, producer, and scriptwriter, of course. The light and sound technicians, camera operators, set and costume designers, wardrobe assistants, and scores of other people without whom none of it would be possible. IT systems are no different.

Starring role
Behind the scenes, each networking component plays its part, from WiFi access points, down to the cabling and connectors and, of course, the switches that bring the whole fabric of the network together. Switches provide connection ports for endpoint devices and, at the core of the infrastructure, take the massive strain created by users’ seemingly insatiable hunger for data and bandwidth.

The switches that play this central role are often the most invisible of all the devices on the network. Yet they are also the most vitally important. They provide the raw throughout and speed that makes it possible for scores or even hundreds of users to communicate with the servers and storage that sit inside the data centres. The pressure to perform is always there for these switches and one of the very best and most reliable products in the Zyxel range is the XGS1930 series.

Fast and powerful
The XGS1930 are our most powerful and capable aggregation switches. They come with four 10Gb SFP+ (fibre) uplink ports, and either 24 or 48 1Gb RJ-45 ports, and there are smart PoE options as well. This configuration provides plenty of capacity to support the increased load that cloud apps and services, high-quality video conferencing and collaboration, remote connectivity and enhanced security are placing on the network infrastructure today.

In addition, the XGS1930 series comes with NebulaFlex and can thus be managed locally or through Zyxel’s Nebula cloud solution, allowing for simple deployment and agile network management – by the network administrator or a managed services provider.

Disappearing act
But while the XGS1930 smart managed switch is a hugely impressive piece of equipment, once installed it will be almost invisible. It is designed to sit at the core of the network and carry all the traffic being transmitted across the network – quietly (they also have a whisper-silent fan), efficiently, and reliably, and without hardly ever being noticed.

That is exactly what you want a switch to do, of course. While they do not often get any of the plaudits, without switches the network could not function and users would not be able to enjoy all the benefits that advanced software, cloud services, and the very latest endpoint devices offer them.

That’s why the switch is the real star of the network show and why the XGS1930 range is becoming increasingly popular with customers in the commercial world, in hospitality, in education, and in the wider public sector.

The XGS1930 is one of the most useful and dependable members of the Zyxel smart managed switches cast. If you would like to find out more about it, please contact your account manager today!

Check out the official XGS1930 webpage

Our dedicated team are here to provide the very best pre and post sales experience possible. If you have any requirements that you would like to discuss further please call us, email us or use our contact form and one of our team will get back to you as soon as possible.